Sixty and Worcestershire Motor Club regret to announce the Eventsigns Woodpecker Stages Rally, scheduled to run on 5th September 2020 will not go ahead due to uncertainties surrounding the Coronavirus pandemic.

The event organising team have been closely monitoring the Covid-19 situation and had been in the advanced stages of planning for the event, with many tasks completed by officials from home due to the restrictions on travel and movements in Wales.

However, following the latest advice from the Welsh and UK Government and Motorsport UK, the sport’s governing body, the event committee has further reviewed the situation going forward.

With the sport posing a challenge when adhering to social distancing guidelines, and with the uncertainty of any other restrictions like access to forestry and venues, the decision has been made to cancel the rally for 2020.

Clerk of the Course Graham Hopewell said “It’s certainly with a heavy heart that Sixty and Worcestershire Motor Club have to announce that the Eventsigns Woodpecker Stages Rally will not run this year.

“We have always said, that we would only proceed with this year’s event if, before the middle of July, we could be confident that the Covid risk had passed and we could be certain of running with no risk of cancellation, and with no risk to the health of competitors organisers and the local communities.

Although we are not quite at the middle of July, it has become increasingly evident that we are not going to be in that position, it is therefore with regret that we have reluctantly decided that we cannot proceed with the 2020 Woodpecker and will instead look forward to a stronger return in 2021. We would like to thank our sponsor Eventsigns for their unrivalled support, our partners and Championships for their understanding and we look forward to seeing everyone in Ludlow next year”.

Organisers have issued a provisional date of Saturday 4th September 2021 for next year’s running of the rally.

A message from the Organising Committee

WoodpeckerRally
Thursday, 28 May 2020 / Published in News 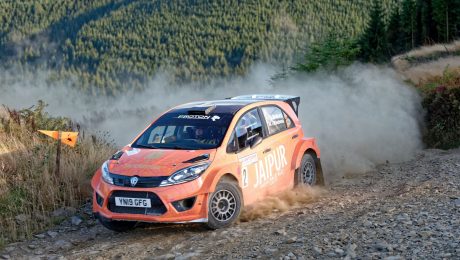 Organisers of the 2020 Eventsigns Woodpecker Stages Rally would like to wish everyone the very best of health in these unusual times for us all.

Just a quick note to bring you up to date with our current position in regards to the event, planned for the 5th September.

The organising team are pressing ahead with the planning for September as normal, carrying out as many of the tasks that are possible from home.

The team have put together a route which will largely be based on popular stages used on recent Woodpeckers, this is in order to prevent the need to carry out surveys and site visits during these difficult times.

In order to mitigate any financial impact of a late cancellation on both the event and competitors, and to give all competitors, volunteers and officials suitable time to plan, the organising committee will make a final decision on running the event around 6 weeks prior to the rally, this will be based on the advice of Motorsport UK and the relevant authorities at the time.

We believe this would give us suitable time to be able to carry out the necessary groundwork, PR and site visits to run the rally effectively.

Our overriding concern is to protect the safety and well-being of all involved in the rally as well as the communities through which we run.

We will update our social media feeds and website with more information closer to the event.

In the meantime, please stay safe, stay home and look after yourselves. 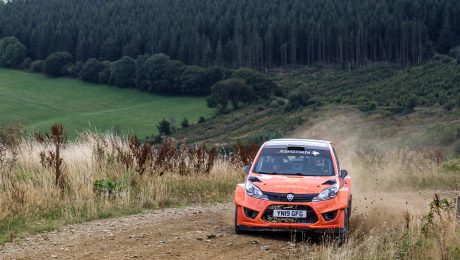