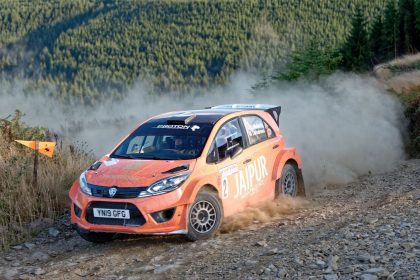 One of the most popular events on the British rallying calendar, the Eventsigns Woodpecker Stages Rally will see a major shift in format in 2021 to secure the best possible chance of the event going ahead on 4th September 2021.

Organised and promoted by Sixty and Worcestershire Motor Club, the event will see each of the competitive stages take place entirely within the Radnor Forest complex in Powys, Wales, whilst the event service moves from its traditional Ludlow base to a new location near Kinnerton.

As a round of the the MRF Tyres BTRDA Rally Series, Pirelli Motorsport UK Welsh Rally Championship and Seacon UK English Rally Championship, the event will still provide over 44 stage miles of competitive action spread across five tests within Radnor as forest stages in England remain out of bounds for motorsport events until at least October.

Having been forced to cancel the 2020 running of the event due to the COVID-19 pandemic, stage rallying has seen a staggered return since the easing of some restrictions across the UK. However, many local government limitations remain and the event organising team have been working hard to secure the running of the 2021 event.

Clerk of the Course Graham Hopewell said “We have been looking at all options available to us to ensure we can run an Eventsigns Woodpecker Stages Rally worthy of our traditionally top-quality event. With the likes of Haye Park unusable due to Forestry England restrictions, we had to look at alternatives and of course moving entirely into Wales was the logical choice. We have completed a recent route and venue survey and are delighted to be able to confirm that this year’s competitive stages will be held entirely within the Radnor forest complex”.

This significant but necessary change offers the best possible chance of the event going ahead.

“We had to think outside of the box and creating a single-venue style event within Radnor was the logical step” continues Hopewell.

“Of course, September is a long way away and we are very much hoping many restrictions would ease by then but there are still a huge amount of uncertainties with venues and access so moving quickly to develop a structured plan would be the best proposition for ensuring the event could run. Ludlow Racecourse is currently a vaccine centre and of course, we have a responsibility to the local community to reduce travel and the impact of sporting events at the moment.

“We will offer over 44 miles of special stages and after a recent route survey, they look in superb shape having been rested for over 12 months. Of course, it’s very different to the ‘Woody’ we all know and love, but we truly believe this is the best possible outcome to ensure the event can go ahead as planned. Sadly we cannot permit spectators this year due to restrictions but we will be working towards a more traditional event in 2022.” 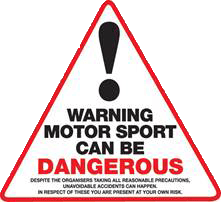 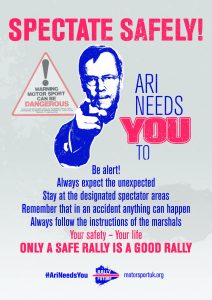